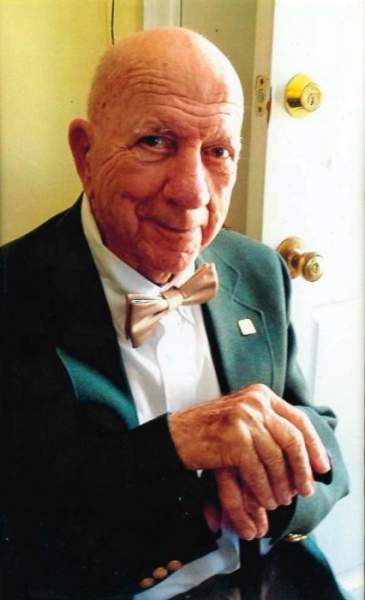 He was preceded in death by his first wife of 56 years, Ina Jean Bailey Powell, three sisters; Dorothy McGee, Florence Brown, and Betty Lou Cromartie, and a half-brother, Ralph Powell.

Ted lost both of his parents by the time he was 12 years old and went to live with his oldest sister Dorothy McGee until he graduated from Stuart High School in Stuart, Florida.

He served in the U.S. Army from 1944 to 1945.  He used the GI Bill to get his commercial pilot’s license and began crop dusting.

Ted came to North Carolina in June 1951 with his Stearman to work as a crop duster and flew until 1970.  During the off seasons, he worked as an aircraft mechanic with A&P and IA certifications.  In 2001, the FAA presented to him the Charley Taylor “Master Mechanic” Award in recognition of his 50 years in aviation maintenance.  Ted opened Powell Avionics at the Fayetteville, NC airport January 19, 1970 and operated the shop until June 2012.

Funeral Services will be held at 11:00 a.m. on Saturday, May 25, 2019 at Church of the Open Door. The family will also receive friends one hour prior to services on Saturday at the church

To order memorial trees or send flowers to the family in memory of Frederick "Ted" Munsey Powell, please visit our flower store.