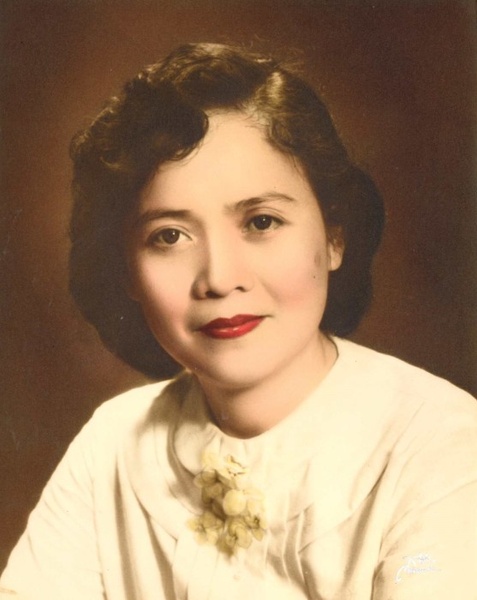 She was born on October 8, 1930 on the Island of Samar in the Philippines to the late Leoncio Cabuenas and Felisa Verdeflor Cabuenas.

She was a pre-school teacher at numerous schools in Honolulu, HI to include Family Services Center, Saint Luke Pre-School, and until her retirement Honolulu Christian Pre-School. In 2006 she relocated to Linden, NC. From January 2014 she resided at Haymount Rehabilitation and Nursing Home, in Fayetteville, NC until her death.

She was preceded in death by Nicolas Bergara Saycon, Sr., who passed in 1969. She is survived by one son Nicholas Bergara Saycon, Jr., of Linden, NC; one daughter Ruth Marie Cabuenas Tanner, and husband Christopher, of Rochester, NY; three grandsons Joseph James Guadalupe Tanner, Patrick William Maliaokamalu Tanner, and John Paul Linus Mariei Tanner; and many nieces and nephews.

The family will receive friends from 2:00 p.m. until 3:00 p.m. on Thursday, December 26, 2019 at Sullivan’s Highland Funeral Service and Crematory 610 Ramsey Street, Fayetteville, NC.

To order memorial trees or send flowers to the family in memory of Felisa Cabuenas Saycon, please visit our flower store.