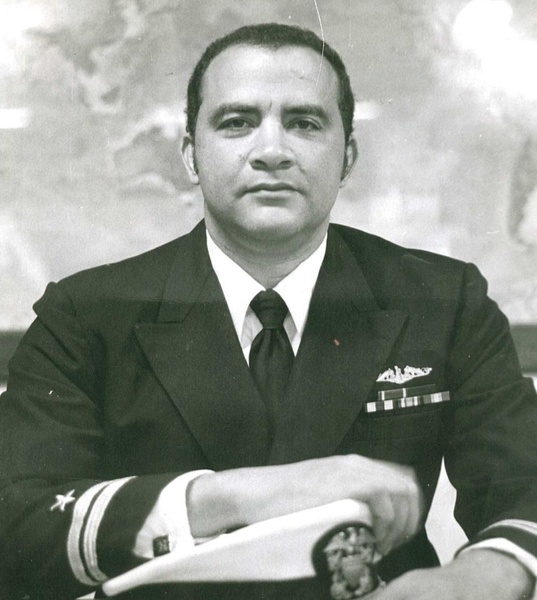 Eric attended Les Maxwell School for Indians until integrated into Central High School, where he graduated. He attended and graduated from Pembroke College. Like his father before him, he entered into the Navy. Eric went from enlisted to commissioned officer after being accepted and graduating from Officer’s Candidate School on September 30, 1977. He served as a radio operator on submarines. Later, stationed at Dam Neck VA, he served as a surface warfare officer. Leaving active duty, he transferred to the reserves. Eric received the National Defense Service medal, Good Conduct medal, Navy and Marine Corps Expeditionary medal, Meritorious Unit Commendation and the Sea Service ribbon. Following in his footsteps, Eric’s grandson Brian E. Brooks would later enter into the Navy.

Eric was a proud member of the Lumbee Tribe. He enjoyed working with Native Americans to promote contracts between the Native Americans and the federal government. Eric was well respected among his peers.

Eric was a member of Freedom Biker Church of Vander. Eric enjoyed spending his time at the New York Restaurant daily with friends and staff. He was an avid collector of comic books from a young age. He enjoyed the art of nostalgic oral storytelling. Everyone enjoyed the recounts of his past.

Eric was a proud father and grandfather. He enjoyed nothing more than to spend time with his grandchildren and attending their school activities. Eric was loyal to friends and family.

Eric Chavis was well taken care of by the staff of Amedisys Hospice and the staff of Morning Star Memory Care.

In lieu of flowers, please consider donating to the Amedisys Foundation at 3854 American Way, Suite A, Baton Rouge, LA 70816.

To order memorial trees or send flowers to the family in memory of Eric Ray Chavis, please visit our flower store.