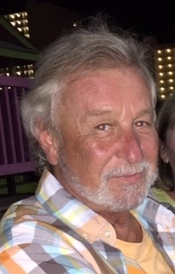 Eugene Lynn Jenkins, Sr. 68 of Fayetteville died Saturday, June 29, 2019 at Cape Fear Valley Regional Medical Center. Born Thursday, July 6th, 1950 he was the son of Earline Jenkins Miller and the late Earl Benjamin Jenkins. A career veteran of the US Army, Lynn served in Korea, Saudi Arabia during Desert Storm, served as a Military Police and Correction Officer at Ft. Levenworth Prison. He was a paratrooper, having accomplished 177 jumps with the 82nd Airborne Division at Ft. Bragg. He was an avid Beatles Fan and NASCAR collector. He was the vocalist for the Fayettevile based band, The Sound System in the 1960-70s which recorded the songs, and "Take a Look at Yourself" and "Serenade." He enjoyed singing and recording music his entire life.

In addition to his father, his wife, Patti Teague Jenkins preceded him in death.

Please sign the online guestbook at www.jenkinsfuneralhome.net. The Jenkins family has entrusted arrangements to Jenkins Funeral Home and Cremation Service in Newton with the assistance of Sullivan's Highland Funeral Service & Crematory in Fayetteville.

To order memorial trees or send flowers to the family in memory of E. Lynn Jenkins, please visit our flower store.