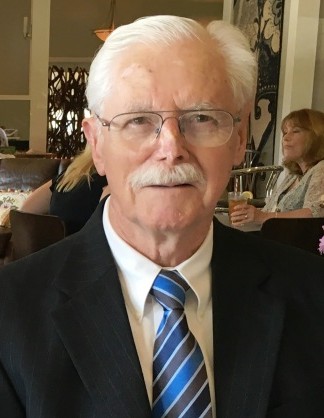 Ellis Dwight Jackson, 88, of Fayetteville, passed away on Saturday, April 11, 2020, surrounded by his loving family at his home.

After graduating from Massey Hill High School in 1950, he married his high school sweetheart, Doris Blanton.  He proudly served in the Navy from 1951 to 1955.  After leaving the Navy, he was employed by Sears & Roebuck for 34 years.  Upon his retirement from Sears, he and Doris, owned and operated, D and D’s Treasure Chest for 10 years.  He transported cars for Lafayette Ford for 11 years.

Dwight was a lifetime member of Massey Hill Baptist Church where he served as Deacon, Trustee, and taught Sunday School for many years.

Due to the COVID-19 virus, the family has chosen not to have a funeral at this time.  They hope to have a memorial service at a later date when more are able to attend.

To order memorial trees or send flowers to the family in memory of Dwight Jackson, please visit our flower store.
Send a Sympathy Card