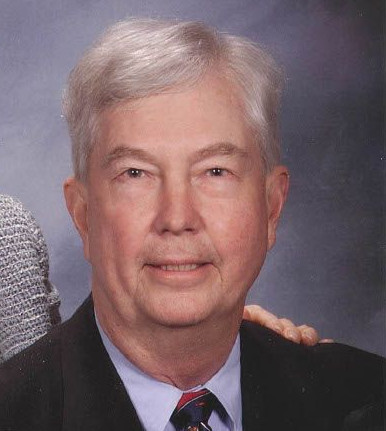 Joel was a giant of a man, in stature and in heart. He lived each day of his 78 years with integrity, love, passion, and commitment. He was completely devoted to his family, his dental practice, and his God. His presence in the lives of all who knew him will never be forgotten, and his absence will be felt every day hereafter.

Joel was born November 6, 1942 to Alice Sarvis Hedgecoe and L.B. Hedgecoe, Jr. in Tabor City, NC, where the values of hard work and treating others well were instilled in him from the beginning. Joel graduated from Tabor City High School as Valedictorian in 1960 where he also played football, basketball, and baseball. He went on to college at UNC Chapel Hill and graduated from UNC School of Dentistry in 1967. Following Dental School, he joined the U.S. Air Force and was stationed at Offutt Air Force Base in Omaha, NE. He opened his dental practice in Fayetteville on October 11, 1969, beside his dental school classmate Dr. P.W. Jessup.

Joel had a boisterous laugh, a wry sense of humor, a warm embrace, a sincere spirit, and a gift of caring for others. For over 52 years, “Dr. Joel” cared for the patients of his dental practice and was honored to do so. Being a dentist was more than a profession to him – it was a way of life. He practiced dentistry as he lived life, with the simple belief in treating people as you would want to be treated. He loved his patients and was grateful for each and every one of them who entrusted him with their care. Dr. Joel also felt that the many people who worked side by side with him over the past 5 decades were part of his family and treated them as so. He was especially grateful to have been able to share his professional life with his son and daughter, working together for the past 20 years and making Hedgecoe Dentistry a true family business.

A country boy at heart, he never missed an opportunity to be a part of the outdoors and was most at home at his farm in Bunnlevel among the ducks, deer, turkeys, and geese. From showing horses to fishing and hunting or just riding his tractor, he had lifelong friendships with so many who shared his passion.

Most of all, he cherished being with his beloved family. Margaret, his wife of 54 years, was his high school sweetheart and constant companion. When asked once where he wanted to be buried, he said simply “with Margaret”. He was so proud of his son, David, and daughter, Anne, and took the greatest joy (and found the most entertainment) in his five adored grandsons. Joel was a fixture in the bleachers at ball games, never minced words from the sidelines, and loved to rehash the games play-by-play with the boys.

Most of us who knew Joel will have special memories or funny stories to remember him by. For us, when a flock of geese flies overhead; when the ducks come in low over the pond; when the deer cross the sand dunes at sunset at Holden Beach; when the Friday night lights come on; when the sound of a baseball hit just right fills the air; when Forest Gump comes on tv; when there is a great deal at Sam’s Club; when the smoked salmon comes out just right…we will know Joel is with us, and we will do our best to continue the loving legacy of our uniquely wonderful husband, father, grandfather, brother, friend, dentist, and ever faithful servant.

Memorial donations may be made to The Bergland Sunday School Class at Haymount United Methodist Church, 1700 Fort Bragg Road, Fayetteville, NC 28303, or to an organization of your choice.