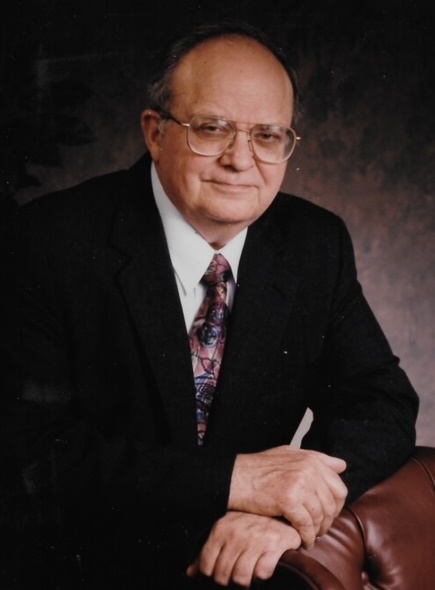 When someone you love becomes a memory, that memory becomes a treasure.

Dr. Robert Erle Downing, 91, died of natural causes at his home April 13, 2021.  He was a lifetime resident of Fayetteville NC.

Family will receive friends at Sullivan’s Highland Funeral Service, Fayetteville NC at 12:30PM until 1:30PM on Friday, April 16, 2021 followed by a graveside service at Cross Creek Cemetery at 2:00 PM

He was a graduate of Fayetteville High School and attended Mars Hill College with his friend and roommate, Edward VanStory.  Other than giving him a test that verified his aptitude for science and music, Mars Hill was not for him, and he left after one semester. He returned home and found a job working nights in a mill. For someone who enjoys sleeping in, working nights was certainly not a good fit, and it didn’t take him long to redirect his future by attending Lincoln Chiropractic College in Lincoln NE.  He earned his Doctorate of Chiropractic in 1952, and following two years in the Army, he partnered with his father at the Downing Chiropractic Clinic until his retirement.

His two years in the Army was more of a call to duty and not intended as a career path.  Army life was an adjustment, learning their ways and rules.  He recalled a story of being punished with two weeks extra duty because he didn’t know that getting his paycheck required a payday formation, which he missed to go hunting with a relative. Aside from that funny incident, he ended up regarding his military experience as a divinely inspired opportunity to learn.  Because of his chiropractic education, he was assigned to work in an orthopedic clinic, which turned out to be tremendously educational.  He became proficient at reading x-rays and gained medical knowledge that would prove valuable in his long chiropractic career.

He had a lifelong passion for music, and he said his earliest memory of music was as a toddler listening to his grandmother, Ma Walker, play records on her old Victrola. He recalled listening to the William Tell Overture (commonly recognized as the theme for the Lone Ranger), and how the music told a story by changing with every scene. His love of classical music endured throughout his life.

He played trumpet and cornet and was active in community musical groups and productions.  He was a founding member of the Fayetteville Symphony Orchestra and played with them for 25 years and was acting manager for 13 years.  He also performed with the Highland British Brass Band, the Fayetteville Symphonic Band, the Bavarian Brass Band, and the Snyder Memorial Church orchestra.  He played for church events throughout the community and for musical productions such as Carousel, The King and I, 1776, Babes in Toyland, and Fiddler on the Roof.  He didn’t necessarily care about the plays, but enjoyed playing the music.  He casually played guitar too, entertaining his family with ditties like Whiskey and Blood on the Highway and Foxy Went Out on a Chilly Night.

His proudest musical achievement was the formation of the Regiment Band of the 11th North Carolina Troops (First North Carolinas Volunteers), an authentic Civil War band.  This band was the perfect expression of his proud Confederate heritage, his expertise as a Civil War historian, and his appreciation for the music of the times. He led the band for 22 years. Dressed in historically accurate uniforms and playing original instruments from the era, the band performed at regional events, the state capital, and memorably in 1986 on the steps of the Capitol in Washington DC and at the Washington Cathedral.  The band’s music and instruments were also used in three movies, including the band’s performance in the movie, “The Murder of Mary Fagan”, starring Jack Lemmon.  The band’s music was marketed worldwide.  In addition to colleges and universities in the United States, their music was sold in England, Spain, and Germany.  He was particularly amused that St. Olaf College in Minnesota had their music.  St. Olof was often mentioned in the sitcom, Golden Girls, as Rose Nylund’s hometown.

He was well read and stickler for accuracy.  If he found a factual error in a book, he felt compelled to notify the author. Likewise, he enjoyed writing letters to the editor of the newspaper in reaction to factually inaccurate or misguided statements expressed by other letter writers.  Needless to say, he brought intellectual insight to discussions and debates, and was respected as an excellent resource of information.  He steadfastly defended his local heritage and believed that all history should be valued rather than forgotten or condemned.

His other interests included hunting and fishing, walking in the woods, and building furniture and electronics.  For many years, he enjoyed his getaway cabin in the woods in Raeford NC, where he could enjoy the outdoors, read, or work on his music.

Memorials may be made to the Carolina College of Biblical Studies, 817 South McPherson Church Road, Fayetteville, NC 28303. He was a proud member of the school’s Board of Directors.

Sullivan’s Highland Funeral Service & Crematory, of Fayetteville, NC is in charge of arrangements.

To order memorial trees or send flowers to the family in memory of Dr. Robert Erle Downing, please visit our flower store.
Send a Sympathy Card