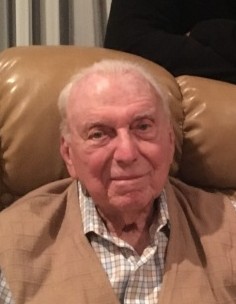 He was born on August 4, 1924 to the late, Oliver and Hettie Godwin.  Also preceding him in death was his grandson Trey Godwin; and great granddaughter, Sally Marie Sowers; and siblings, Bill Godwin and Jean Lazenby.

Derwood proudly served in the Army during WWII as one of the Greatest Generation.  After his time in the Army he opened numerous businesses including, Godwin Building Supply, Fayetteville Wholesale Building Supply, Redi-mix Concrete, Smiles Radio Network, Fayetteville TV 40, Fayetteville Cablevision, United Realty, United Management, McPherson Square, Morganton Arms, Briarwood Arms, Pre-School Corporation, and Doctor’s Urgent Care.  His passion was being a developer of residential, commercial, apartment complexes, and resort communities, throughout North and South Carolina.  He served on several bank boards.  One of his proudest accomplishments was the construction of a radio station at Toccoa Falls College in Toccoa, GA.  He was awarded the Silver Beaver from the Boy Scouts of America.

A funeral is scheduled for 11am on Wednesday, August 14, 2019, at Snyder Memorial Baptist Church.  Visitation will follow the service.  There will be a private burial.

In lieu of flowers please consider making a donation to  Toccoa Falls College General Fund, in memory of Trey Godwin, at 107 Kincaid Drive, Toccoa, GA  30598, The Sally Sowers Scholarship Fund at 430 West 20th Street, Newton, NC  28658, or a charity of your choice.

The family would like to thank the caregivers of Senior Helpers who have shown Derwood love and support over the last two years.

To order memorial trees or send flowers to the family in memory of Derwood Hillman Godwin, Sr., please visit our flower store.
Send a Sympathy Card