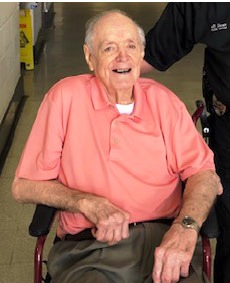 He was a U.S. Army Veteran and a former military police officer at Fort Rucker in Alabama.

Curtis worked with the Fayetteville City Police department for over 13 years.  He retired with Cumberland County Sheriffs Department with over 17 years of service.

He was preceded in death by his wife Alrita Faircloth Smith.

The family will receive friends from 5:00pm until 7:00pm on Friday, March 29, 2019 at Sullivan’s Highland Funeral Service.

To order memorial trees or send flowers to the family in memory of Curtis Hoover Smith, please visit our flower store.
Send a Sympathy Card