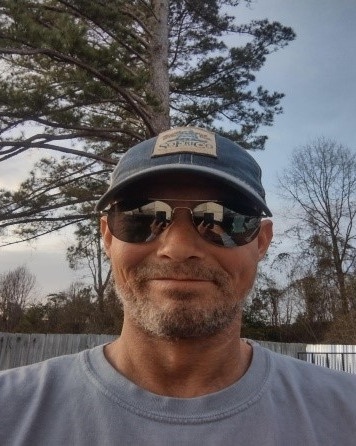 Connie Mack Eason Jr., (Mack), of Fayetteville, N.C. died peacefully in the ICU at UNC Hospital in Chapel Hill N.C., on October 4th 2022 with his parents, Connie Sr. and Terri by his side.

Mack was 45 years old and was born in Fayetteville, N. C. on May 28, 1977. Mack was a graduate of Cape Fear High School, class of 1995.  Mack worked at Nolan’s Truck Covers Sales during his high school years and later at Food Lion DC1 in Dunn N.C., Cargill in Fayetteville, N.C., and the job he loved the most was his last at Green Biz Nursery as a landscape designer in Fayetteville, N.C.

Mack was an awesome father, son, brother, uncle, cousin and friend to many.  He was loved by many and will be missed by many.

Mack was preceded in death by his fiancée, Jessica Bennett.

Mack is survived by his son Deacon Eason,(his pride and joy), his parents, Connie Mack Eason Sr. and Terri Eason, a brother, Timothy Eason and niece, Maizie Eason and his best friend Elizabeth Eason.  He is survived by many aunts, uncles, and cousins.

A memorial service will be held on Sunday, October 23, 2022 at South River Community Church, 6540 Goldsboro Road, Wade N.C 28395, with family visitation at 2 PM and memorial service at 3 PM, with Pastor Lynn McLaurin officiating.

In lieu of flowers, the family asks that you plant a tree or make a donation to your favorite charity in his memory.

To order memorial trees or send flowers to the family in memory of Connie Mack Eason Jr., please visit our flower store.