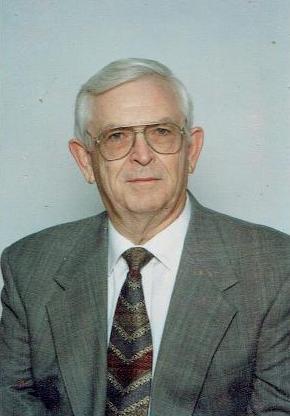 Born in Fayetteville to the late Henry and Katie Adams Morris on February 2, 1933, Charles was very proud of his Campbell Town roots growing up on B Street. A lover of history, he was especially proud to find out recently that he was a Son of the American Revolution.

Losing his parents when just a young boy, Charles was always indebted to his oldest sister, the late Bluma Morris Simmons, for raising him as her own.

He was preceded in death by 9 brothers and sisters.

Charles graduated from Fayetteville High School in 1951 and worked all his life in Fayetteville except for his service in the Army to our country during the Korean War. Starting at a young age he worked downtown selling newspapers at Point News, was a soda jerk at Carolina Soda Shop and worked at Dixie Billiards before starting a 43 year career with Carolina Telephone & Telegraph Company. There he met the love of his life the late Carole Snelgrove Morris. Charles was a Deacon and Elder in MacPherson Presbyterian Church.

However, his favorite job was that of “PaPa”. He was a never-ending supporter of his grandchildren whether it be a sporting, academic or musical event right up to his last days. He was also immensely involved in Boy Scout Troop 771 with his son, Clif, and continued the tradition with his grandsons.

He leaves us with wonderful memories and his influence will be felt forever in our lives. The family is immensely grateful to 3HC Home Health Care especially Monica, Daisey, Brooke, Doris, Lindsie, Tuwana, Karla, Heather, Brandon and Mindy.

Memorials may be made to BSA Troop 771 or the Building Fund at MacPherson Presbyterian Church.

To order memorial trees or send flowers to the family in memory of Charles Gordon Morris, please visit our flower store.
Send a Sympathy Card