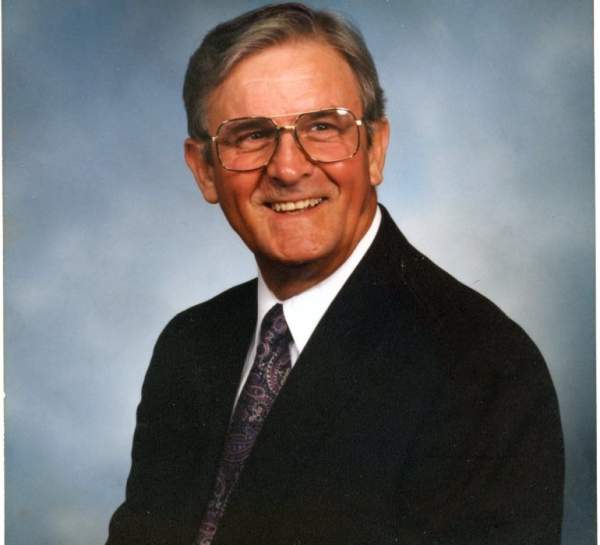 Cecil Barefoot was born May 6, 1928 to Elijah and Netar Barefoot. He served in the United States Army in Security and was discharged in 1952.Mr. Barefoot returned to Fayetteville, North Carolina and worked in heating and air conditioning and in the City Building Inspector's Office as the first Heating Inspector in North Carolina. Later, Mr. Barefoot joined Texaco Oil Company, now known as Chevron, as a Marketing Salesman and a Field Maintenance and Technical Representative for several states. He retired in 1985.

Mr. Barefoot joined Snyder Memorial Baptist Church in October, 1954. He actively served as a teacher, cook, maintenance helper, and nursery sitter. He served as a Deacon for over fifty years and participated in Habitat for Humanity and Operation Inasmuch.

Surviving is Mr. Barefoot's wife of twenty three years, Ella Flow Tucker Barefoot. He was preceded in death by his son, Cecil Randal Barefoot, and is survived by one granddaughter, Christie Barefoot, a stepson; Bill Tucker, and his family, three stepdaughters; Janie Hardison, Sharon Stone, and Angela Armstrong as well as their families. Also, Mr. Barefoot is survived by his brother, Wilbert Barefoot and his wife, Eleanor, of Fayetteville, N.C., two sisters; Lalon B. Hollingsworth of Goldsboro, N.C. and Sylvia Maxwell of Hendersonville, N.C. Also surviving are several nieces and nephews.

Funeral services will be held at Snyder Memorial Baptist Church on Saturday, July 8, 2017 at 12:00 p.m. The family will receive friends one hour prior to the service. Burial will follow at Lafayette Memorial Park.

Online condolences may be made at www.sullivanshighland.com

To order memorial trees or send flowers to the family in memory of Cecil Barefoot, please visit our flower store.