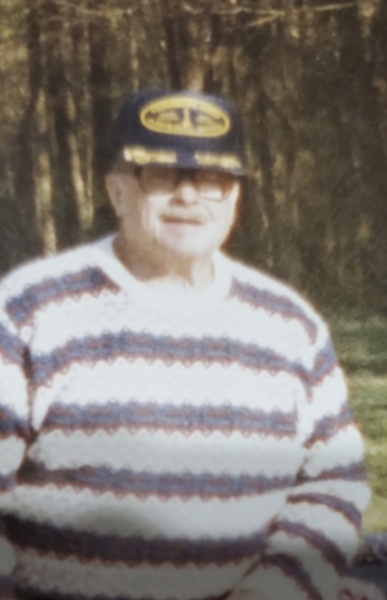 Mr. Carol Gray of Fayetteville NC passed away on Friday, February 12, 2021 after reaching the age of 88yrs old. He passed away peacefully in his home, with his granddaughter Christina Norris by his side.

Carol was born October 15,1932. He grew up in a little town called Little Washington, NC.

At a very young age he learned to work hard. He worked in the fields from sunup to sundown for only $1.00 a day. When he was 13yrs old he met a man, who ran a service station. The man gave Carol the opportunity to run the service station for him. Carol lived in the back of the service station while running the station.  That is where he found the love for the game of pool. They had and old pool table in the station and he would play pool drinking colas while the service station was closed. Carol was so good at playing pool, his granddaughter would always tell him they needed to go to a pool hall and make them some money. He could shoot with both hands; he could shoot with the pool stick behind his back. He was something else. Not too many people could beat him. He played 3 games of pool every day at 7pm up until the last 2 weeks of his life.

At the age of 16, Carol decided to join the military.  Of course, they had to change his birth date. While doing so, they also changed his name to Carol. His mother named him Noah Carl Gry when he was born. When he retired from the military, he decided it was just easier to leave his name as Carol.

Carol was a devoted Soldier in the Army to the 82nd Airborne Division. While in the military Carol served in 3 wars, Vietnam War, Korean War, and in the Cuban War. After 20 years of service, Carol retired from the army August 31st, 1969.

Carol would then take a job with a local Well business.  He worked hard learning all he could about drilling wells and fixing pumps... After 1yr He decided to go into business for himself.  That is when Cumberland Pump and Well Service was born. Yes, I used the word born because the company was his baby.  He put his all into it. His hard work, sweat and tears made it grow and become a very successful business.  Carol ran the company his self, did all the paperwork, and he went out and actually drilled the wells and worked on pumps himself. With only had 1 labor helping him. He NEVER missed a day’s work in 20yrs running the company.  He would always say, Rain, Snow, or Sunshine it did not matter 7days a week, people cannot go without water.

Carol was the last 1 of his mother’s 5 children. Carol was a good Father, who always took care of his children, and loved ones the best he could. He was a loving Grandfather and Great Grandfather. He was also a great friend to many. Carol was very much loved and will definitely be missed... Especially missed by his good friends that he shared breakfast with every Saturday morning for the last 25yrs or more.

Carol is preceded in death by his mother, his father, his step mother that he adored. His 3 brothers and his 1 sister, and his daughter Gwyn Hardin.

Carol is survived by his daughter Donna Griffiths,

A memorial service will be held on Saturday February 27, 2021 at 1pm at Sullivan’s Highland Funeral Service.

To order memorial trees or send flowers to the family in memory of Carol Gray, please visit our flower store.