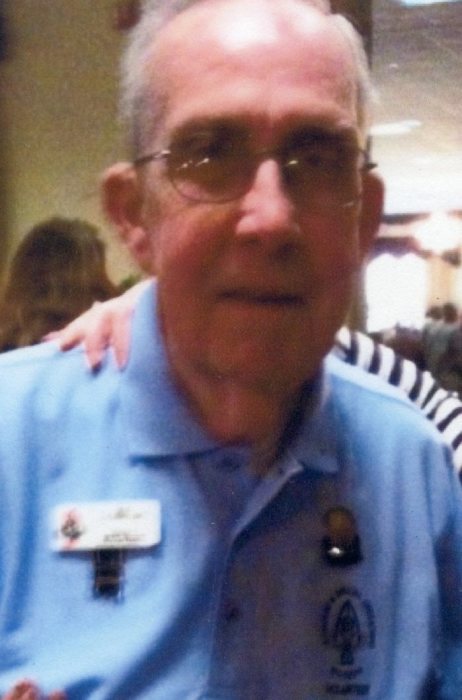 He was born on June 2, 1935 in Galesburg, IL, to the late Dale G. and Anna Grace Philleo Ives.  Additionally, preceding Bob in death, was his most beloved son, Rob.

Bob grew up in Aledo, IL where he was a local championship swimmer and high school football player.  Fun loving, girl loving, beer drinking, fast car driving (not necessarily in that order), it was where he developed many lifetime friends.  He faithfully attended Sunday School at the College Ave. Presbyterian Church and desired to keep that treasured membership in Aledo.  In 1957 and 1958 , he graduated from the University of Iowa with B.S. degrees in History and in Psychology.  He met Lois, who was a graduate from and an educator at the College of Nursing there, and they married Dec 28, 1957.  A Lifetime member of U of I Alumni Asso., his license plate reads HAWKI57.  He was a proud member of Alpha Tau Omega fraternity and after graduation a lifetime alumni member.

He and Lois moved to Philadelphia where he attended Temple University.  His love of history and the USA called him and he joined the US Army and graduated OCS to become an officer.  In Des Moines, IA, he and Lois adopted their beloved son, Rob, born Nov 5, 1962, at age six weeks, from the Children’s Home Society.  In the AG Corps, he served a 20 year career, many years of it in West Germany.  Bob proudly served in the Army during the Vietnam War and he earned the Bronze Star and Vietnam Cross of Gallantry w/palm in Vietnam.  He was a lifetime member of the Army Navy Club in DC.

He retired from the Army at Fort Bragg in 1978 and followed another 15 years with the Dep of Social Svcs. as Supv./Aid to Dep. Children, and several years at USF&G Corp., Executive Place.

During this time, he and Lois and Rob renovated the building which was to become the Archway Tavern, the initial renovation in downtown Fayetteville on Bow Street and Person Street in the early 1980’s, and he was actively involved in its operation, at the same time along with the ownership and updating and operation of Hope Mills Mimosa Ridge Golf Course and Club.

Retiring, he followed with an active life in volunteer service at the Airborne Special Operations Museum where he was a volunteer docent from the day it opened in 16 August 2000.  He was a weekly volunteer at the Fayetteville airport USO of NC, actively served in the Kiwanis Club of Fayetteville, and in the Cape Fear Chapter Military Officers Asso. He was a supporter to Heritage Square Historical Society of Fayetteville, Cape Fear Botanical Garden, The LaFayette Society,  and Friends of the C.C. Library.

Bob had a lifetime love of travel, all museums, dachshunds(especially our 8), the U.S. Army, and the United States of America.  Beloved husband and father....bye! til you and I and Rob are together again.  There is more to come....

A funeral service for Bob is planned for 3pm on Wednesday, March 28, 2018, at MacPherson Presbyterian, officiated by Rev. Dr. James Randall.  He will be laid to rest at Arlington National Cemetery on Tuesday, August 28, 2018 at 1pm.  Following the MacPherson service, will be a visitation for family and friends and a reception given by the Congregational Care Team of MacPherson.

In lieu of flowers please make, if you wish, a donation to MacPherson Presbyterian Church or to the Airborne and Special Operations Museum.

To order memorial trees or send flowers to the family in memory of Bob Ives, please visit our flower store.
Send a Sympathy Card