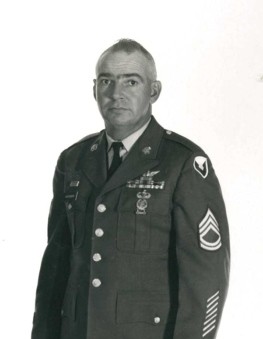 He proudly served in the Army during WWII, the Korean War, and the Vietnam War. During his military career he served with the 6th, 7th, and 10th  US Army Special Forces Groups .  He was an Aviation Crew Chief and earned the Air Medal and numerous commendations.  He was a Life Member of the Retired Military Association and the Special Forces Association, chapter 1-18.

A graveside memorial service is planned for 10am on Friday, July 12, 2019, at Lafayette Memorial Park.

To order memorial trees or send flowers to the family in memory of Bertsy "Bert" Marvin Goodson, please visit our flower store.
Send a Sympathy Card