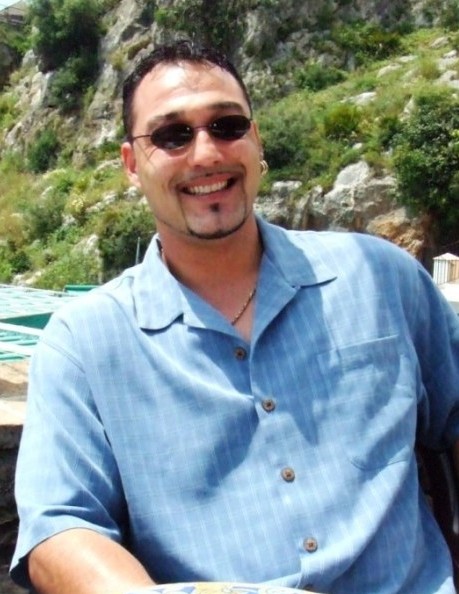 Anthony “Tony” Leonard, age 46, died peacefully on January 22, 2019 after his 7-year battle with stomach cancer. He was born on November 5, 1972 in South Korea. On May 19, 2007, married the love of his life Christy where they lived happily in Fayetteville, North Carolina. Tony and Christy renewed their vows in an emotional ceremony on January 4, 2019. Tony thoroughly enjoyed his time with his family, watching his sons on and off the football field growing into young, respectful men. He was a huge fan of his Dallas Cowboys and the Carolina Tar Heels. He was preceded in death by his father Robert Leonard and mother Myong Leonard and one brother Jeff Leonard. Tony is survived by his wife, Christy; sons, Anthoney, Alec, Austin, Aydin, and Ashton; his grand-daughters Sophia and Alaya; and a number of other relatives and close friends. Tony was a strong supporter and activist for Debbie’s Dream Foundation: Curing Stomach Cancer (DDF) and has helped bring awareness to the traumas, trials, and tribulations of this terrible disease. Christy often documented their lives from the caregiver/patient perspective in her private #TeamTony Facebook group and on her blog DeathToCancer.blogspot.com. Tony's legacy of strength, courage, and love for family is one that will continue to live on in every person he came into contact with. He will be remembered as a warrior and inspiration to so many. In lieu of flowers, please make a donation to Debbie’s Dream Foundation: Curing Stomach Cancer at www.debbiesdream.org. The family will receive friends on Friday, January 25, 2019 from 5:00 p.m. until 8:00p.m. at Sullivan’s Highland Funeral Service. A celebration of life service will be held on Saturday, January 26, 2019 from 1:00 p.m. until 5:00 p.m. at The Cape Fear Botanical Garden. Online condolences may be expressed at www.sullivanshighland.com. Services are entrusted to Sullivan’s Highland Funeral Service and Crematory, of Fayetteville, NC.

To order memorial trees or send flowers to the family in memory of Anthony "Tony" Leonard, please visit our flower store.
Send a Sympathy Card