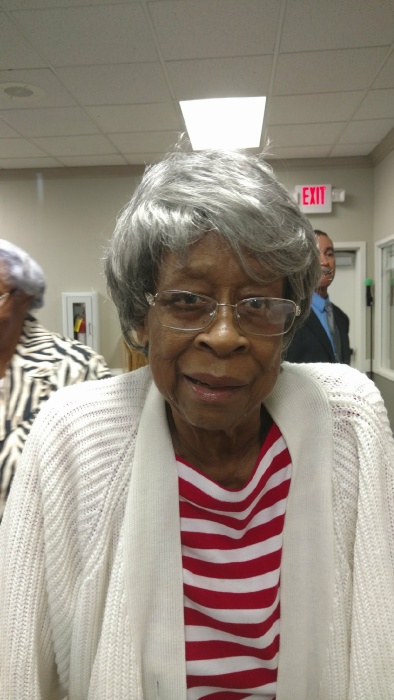 On June 23, 2017, Anna Louise Hill Oliver went peacefully to sleep in death at the age of 86. Anna was born on January 2, 1931 to Jack and Irene Hill in Baltimore, MD, where she grew up with her brother John. It was there that she met and, on January 9, 1956, married the love of her life, George Isaac “Buddy” Oliver. Before bringing them to Fayetteville, NC, where they chose to put down roots, Buddy’s army career would lead the couple on adventures all across the United States. While stationed in San Francisco, CA, they welcomed their son, Derek, into the world on January 4, 1959. That year proved to be a momentous one. Not only did Anna become a mother but a “daughter” as well. After being introduced to Bible truth by her sister-in-law, she made rapid spiritual progress, dedicated her life to her Heavenly Father, Jehovah, and was baptized as one of his witnesses on March 21, 1959. From that time onward Anna was “aglow with the spirit,” eager to be used in any way needed to advance Kingdom interests. She enjoyed showing hospitality, opening her home for congregation Bible study and providing meals for traveling ministers. She loved sharing her faith with others and would go on to aid countless individuals in gaining Bible knowledge. Like her scriptural namesake, Anna was never missing in attendance at God’s House for as long as she was able. For 58 years, she did her utmost, leaving a fine record of faithfulness to be emulated. Anna is survived by her son and daughter-in-law, grandson and granddaughter, great grandson and great granddaughter, nephew, nieces, vast spiritual family and cherished friends. She will be warmly remembered and dearly missed by the many whose lives she impacted. We take comfort in knowing that we will see her again soon when she awakens from her rest.

To order memorial trees or send flowers to the family in memory of Anna Louise Oliver, please visit our flower store.
Send a Sympathy Card