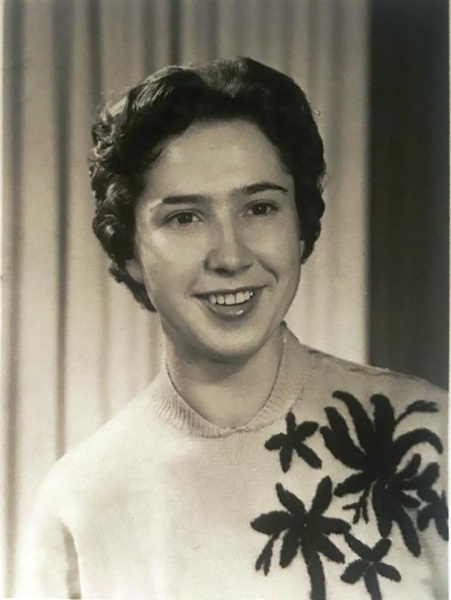 Anna Elisabeth Sachs Matthews passed to be with her heavenly Father August 30th, 2018, in Fayetteville, NC.  Anna was born July 6th, 1935, to Viktor and Maria Braun Sachs of Stubenberg, in Bavaria, Germany.

Growing up in embattled WWII Germany, she worked her early career years at an American military base:  as a governess for a great American hero, and his family, Colonel and Mrs. John McElveen.  Anna met the love of her life in Bitburg, Germany: Air Force soldier Paul Hewitt Matthews of Fayetteville, NC.

Anna immigrated to the United States through the help of the McElveen family, and was married to Paul in a celebration that continued until her passing some 61 years later.

She was preceded in death by her parents Viktor and Maria Sachs, brothers Siegel Sachs and Viktor Sachs, sister Elfrieda Reis and a grandchild Lex Luster.

"Oma" absolutely loved all her children, grandchildren and great-grandchild. She was an exceptionally intelligent woman with stunningly gorgeous beauty, inside and out.

With sparkling personality, she's definitely one of the most outgoing people you'd ever meet.

Burial will be held at Sandhills State Veterans Cemetery on Monday, September 10, 2018 at 2:00 pm.

Please join us in celebrating a wonderful life.

To order memorial trees or send flowers to the family in memory of Anna Elisabeth Sachs Matthews, please visit our flower store.