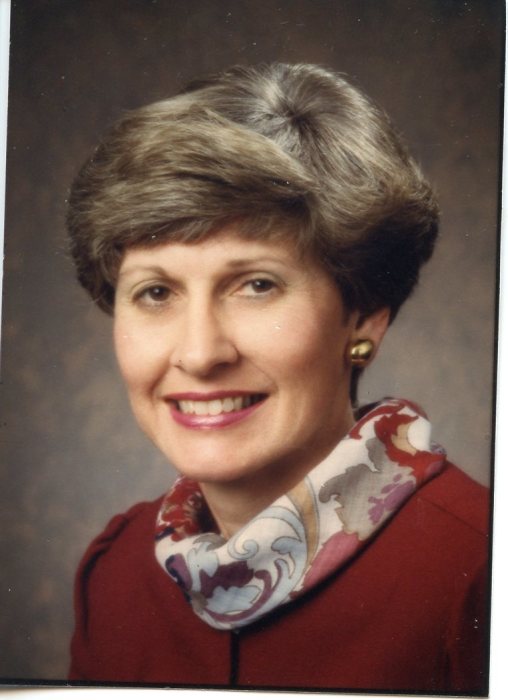 Ann Lynne Burchinal Maddox passed away peacefully in her sleep on May 13, 2019. She was born February 23, 1938 in Marshfield, WI to Robert I. and Iola L. Burchinal.

Bryce and Ann were married on July 6, 1960 and resided at Ft Knox, Ky for three months before moving to Parkersburg, WV for Bryce’s job. Over the next 19 years the family lived in Newark, DE; Fayetteville, NC; Wilmington, DE; and a final move back to Fayetteville, NC in 1979. Ann taught one year at Fayetteville Academy and after the children were grown had a successful 20-year career in Real Estate before retiring in 2003.

While in college Ann learned to play tennis with Bryce and it became her lifetime passion which was shared with their children. She spent many summers watching Bob and Amy play competitive Junior Tennis Tournaments. Ann enjoyed playing competitive tennis herself and captained numerous league teams many of which played in the State Finals Tournament. She was involved in the formation and operation of The Fayetteville Tennis Association and officiating for the USTA Pro Women's Tournament.

Ann was an active member of Highland Presbyterian Church where she was involved in Women of the Church, Women’s Circle, Bell Choir, Sunday School and numerous committees.  She was awarded the Honorary Lifetime Membership from Highland for her years of church volunteer work.

She was also active in The Junior League of Fayetteville and The Pines Garden Club where she held several offices including President. Other joys in her life were gardening, flower arranging, cooking, knitting and traveling. Her love for gardening led her to get her Master Gardner certification. She loved dogs especially cocker spaniels.  She was a great cook and enjoyed making meals and taking flower arrangements to her friends.

Probably her greatest passion over the years was spending time with family. She enjoyed annual family vacations at Capon Springs, WV. Family gatherings were filled with good food, laughter, and spirited competition in tennis, ping pong, and card or board games.

A Celebration of Life Service will be held at Highland Presbyterian Church on Friday May 17 at 2PM following by visitation in the Fellowship Hall.

To order memorial trees or send flowers to the family in memory of Ann Lynne Burchinal Maddox, please visit our flower store.
Send a Sympathy Card