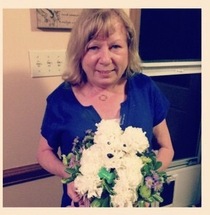 She was born on January 28, 1951, in Ireland to the late Michael and Annie Feeney.  She was preceded in death by her brother, Michael John Feeney.

To order memorial trees or send flowers to the family in memory of Angela Perrier, please visit our flower store.
Send a Sympathy Card