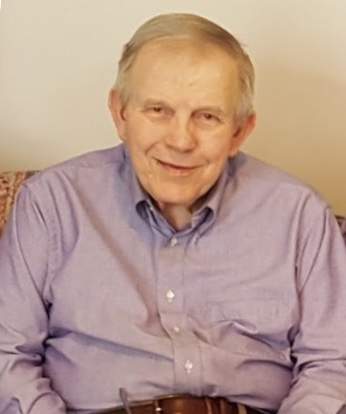 Alonza David Hadley “Dave” 83, of Fayetteville, passed away on Friday, April 12, 2019. Dave lived a full and happy life. He was a husband, father, grandfather, friend, and mentor.

He was born in Williamston, NC on September 19, 1935. His parents were the late Maude Hadley Winborne and Oscar S. Winborne. Dave was married to his high school sweetheart for sixty years Sylvia Virginia  Gautier Hadley. He was graduate of East Carolina University. He was a big Pirate Football fan. He was a retail manager for W. T. Grants, Roses,  and Wal-Mart mentoring and befriending many. He had two children Teresa Hadley Evans and Michael David Hadley. He had two grandchildren, Kirstyn Danielle Evans, and Misty Rae Hucks.

He was active in his churches in the towns he lived. In retirement, he volunteered with the Stephen Ministry at Haymount United Methodist and the Gideons International. He always had a smile and a kind word for those he mentored

With love and sadness, we say goodbye.

Visitation is at Sullivan’s Highland Funeral Service on Monday from 6-8pm with funeral service on Tuesday at 2 pm.  Instead of flowers, please donate in his name to the Stephen Ministry at Haymount United Methodist (http://www.usachurches.org/church/haymount-unite)  or the Gideons International (www.gideonsinternational.org).

To order memorial trees or send flowers to the family in memory of Alonza "Dave" David Hadley, please visit our flower store.